Come September, two things are sure to occur every Sunday in our house: NFL football and chili. They kinda go hand in hand for us. And like most everybody I’ve ever met, I think my chili is the best for more than a few reasons. First, I use ground beef. Using chunks of steak means I’m making a stew, and while my chili is thick, it is far, far from a stew. Second, I use two kinds of beans (kidney and black) and no other vegetables. Diced peppers, stewed tomatoes, chunked onions – not going to cut it. Again, that is a stew you’re creating and not chili. The final ingredient that makes it mine: two sticks of cinnamon. I probably had you right up until the cinnamon part, didn’t I? In college, I fell in love with Cincinnati style chili, which has hints of cinnamon in it, so two sticks make the whole thing better.

The only problem? I really don’t have a clue who to tell other people how to make it because I don’t measure anything. Considering I use the same white cups every week, I fill them up until they look “right,” and we go from there. Brown the ground beef with some dehydrated onions. Mix in the chili powder, cumin, garlic powder, cayenne pepper, salt, and pepper. Stir in the cans of beans, a can of tomato sauce, a can of water, and the cinnamon sticks. Simmer for a half hour. Ladle the bowls and eat.

On chilly Sunday evenings, I’m grateful for chili. And football. They just go together. 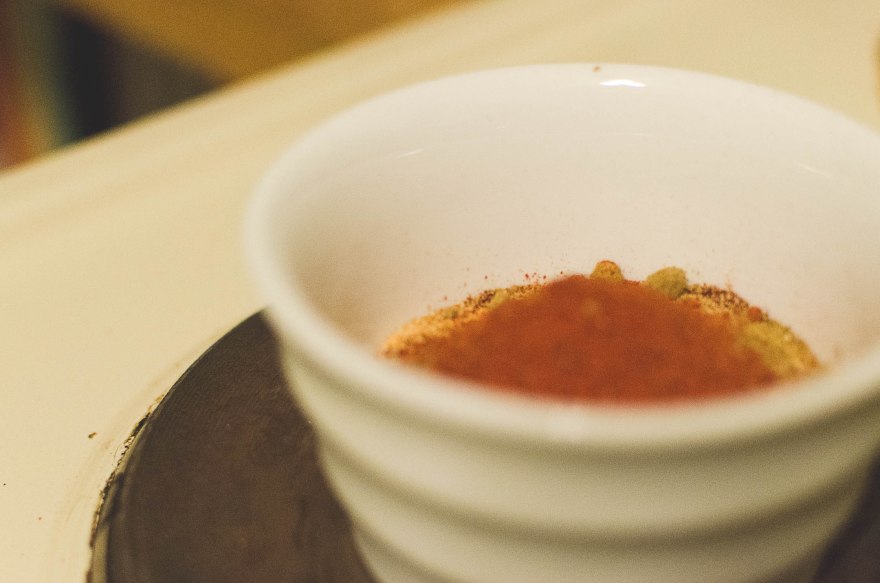 PS – I’m also grateful for a Steeler win. That goes without saying.

Categories: Food, Gratitude
No comments yet…